The Diefenbunker in Carp, Ontario has enticed many visitors in its 20 years as an eccentric and unique museum. Now, it also lays claim as host of the world’s largest escape room called “Escape the Diefenbunker” and an interactive zombie experience that runs every Halloween season.

Commissioned as part of the federal government’s reaction to escalating tensions during the cold war, the Diefenbunker has been an important part of the Carp community for over 50 years. The underground bunker was completed in 1962 as a place to house important members of the government and military in the event of a nuclear attack on Canada. It was decommissioned in 1994, and turned into a museum by the Diefenbunker Development Group in 1998. The Diefenbunker Development Group was made up of community members from Carp that saw the historic importance of the bunker and believed it should be open to the public.

When the bunker opened to the public as a museum in 1998, it was officially named the Diefenbunker: Canada’s Cold War Museum. It was, and still is, the only cold war bunker in Canada that allows visitors.

The Diefenbunker is a not-for-profit, charitable organization at arm’s length from the federal government. As such, it does not receive regular operating funding from the government. While they do receive funding from grants, 75% of their income typically comes from museum visitors.

Grants are helpful, but unpredictable. Because of this, the Diefenbunker wanted to seek opportunities to create more sustainable revenue. 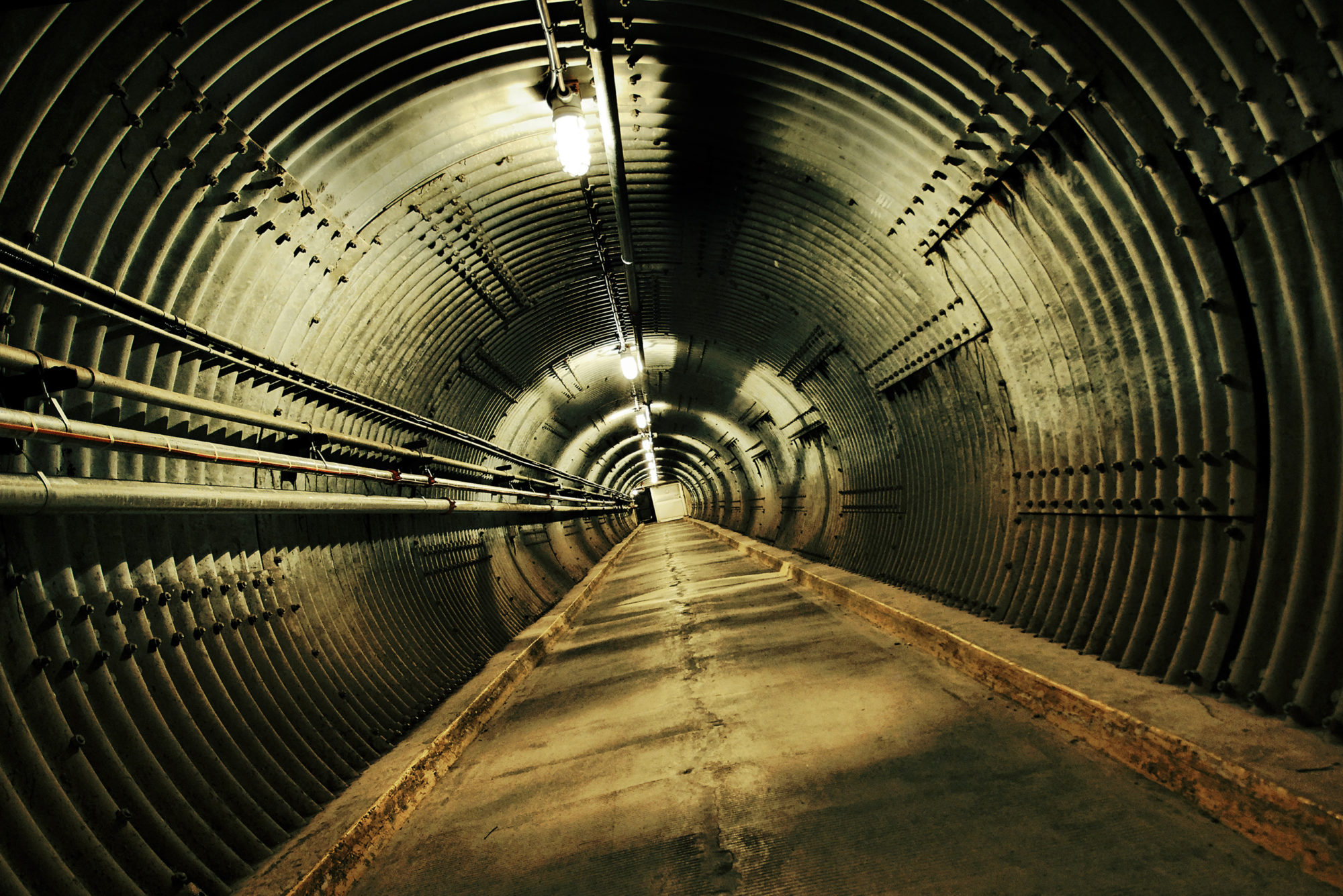 The Diefenbunker turned to new, innovative and interactive programming. Being a cold war museum, they wanted to make sure that programming would be well matched to what they already offered. They noted two marketable themes in pop culture: zombies and escape rooms. Both aligned with their apocalyptic cold war theme, so they decided to take a creative leap.

In 2012, the Diefenbunker partnered with Haunted Walk of Ottawa to create “Incident at the Bunker: A Zombie Adventure.” The zombie-themed haunted house ran at night and took up all four floors of the bunker. The “zombies” were volunteer actors from the community and beyond. The experience was a fun and fresh way of bringing in revenue, but it also created a new network of volunteers. Year after year, more repeat volunteers came to the bunker offering their theatrical skill. Staff made sure that volunteers knew about the context of the bunker’s events and that the revenue was going to important museum needs, like children’s programming and maintenance. Some of those volunteers have since branched off to volunteer for other events at the bunker and have even become staff members.

The escape room takes up an entire floor while the museum is closed, using previously unused space. Each escape room session is one hour long and takes groups of 12 people. The storyline sticks to a cold war theme– the guests are told that they are on the final tour of the day and have snuck off in attempt to spend the night in the museum… only to find out that the museum is actually a cover for an enemy spy organization. Guests are able to use actual artifacts from the bunker as part of the escape room puzzle, making the experience interactive and historically engaging.

This new programming has attracted many new visitors to the Diefenbunker. In one year, their visitor numbers jumped from around 75,000 to 88,000, with over 10,000 extra visitors being escape room participants.

Escape room participants solve a puzzle during a “Dash for Survival”.

Following the success of the escape room, the Diefenbunker had calls from visitors asking to do the escape room during the day. They then expanded their own programming to include some challenge-oriented activities. Taking inspiration from the hit TV show “The Amazing Race,” the bunker’s “Dash for Survival” allows visitors to compete in teams against each other in hope of getting to the finish line first. The “Dash for Survival” storyline states that the team who crosses the finish line first secures their space in the bunker in the event of a nuclear attack.

Staff at the Diefenbunker continues to explore new ways to expand programming and potential sources of visitors and revenue. They hope to soon offer laser tag during their regular hours as an option for visitors, using an area of the museum that is typically not open to the public during the day.

01. Risk taking can lead to growth

It’s not easy to take risks, but it’s important to remember that an idea won’t have a chance to work out unless it’s given a try.

Keeping the story of your place in mind can help you create well matched programming. It doesn’t have to fit perfectly, but similarly themed programming can create a more engaging experience for visitors.

03. Two can work better than one

The Diefenbunker and the company Escape Manor felt they shared the same vision, and they achieved great success together. A partnership with a likeminded organization or company can bring new excitement and revenue to your place.

Since its opening in 1978, the Fort Frances Museum and Cultural Centre has had a mission to “collect, preserve, research, exhibit, and interpret the artifacts that depict the story of people and nature as it relates to the history of Fort Frances and the surrounding Rainy River District.”

Your website introduces your visitor to your historic places. Your website needs to be simple, easy to navigate and give the visitor the information they need.

When we think of branding, logos and taglines are often the first things that come to mind. But branding is much more than a simple logo. Branding is a way to put your values as a heritage place on display. Branding can be a part of how your audience connects with you. And, so everything you say as an organization, everything you put out there, becomes a part of your brand. And, the clearer your brand is, the more compelling your marketing efforts will be.