Located downtown, Toronto’s First Post Office has made great strides in creating a community hub within their museum through a re-designed gift shop, maker fairs and workshops.

The building that houses Toronto’s First Post Office has changed owners, uses, and shape many times since its opening in 1833. It was the first functioning post office to serve the city of Toronto. As time passed, the building began to decline in condition due to lack of care. When the 1970s rolled around, the windows were blocked off and the original use of the building had been almost completely forgotten.

Then, the entire block that the building sat on went up for sale. Luckily, it was purchased by a private developer whose wife discovered the original purpose of the building while doing research about the block. Her discovery prompted a group of citizens to form the Town of York Historical Society. The developer was on board with the society’s idea to create a museum space in the building, and from there Toronto’s First Post Office was born. In the early 1980s, this local landmark was declared a National Historic Site and a functional modern post office opened in the building.

Toronto’s First Post Office not only serves Toronto as a postal museum, but as a place that interprets the early days of their city. It is a lot of responsibility for one small historic place.

Also, in a sea of municipal museums, Toronto’s First Post Office operates independently. This means that the team needs to work hard to stand out and find clever ways to raise funds. “Our challenge and opportunity has been to let people know that we are here and that we are their neighbourhood museum,” says Kat Akerfeldt, the executive director of Toronto’s First Post Office. 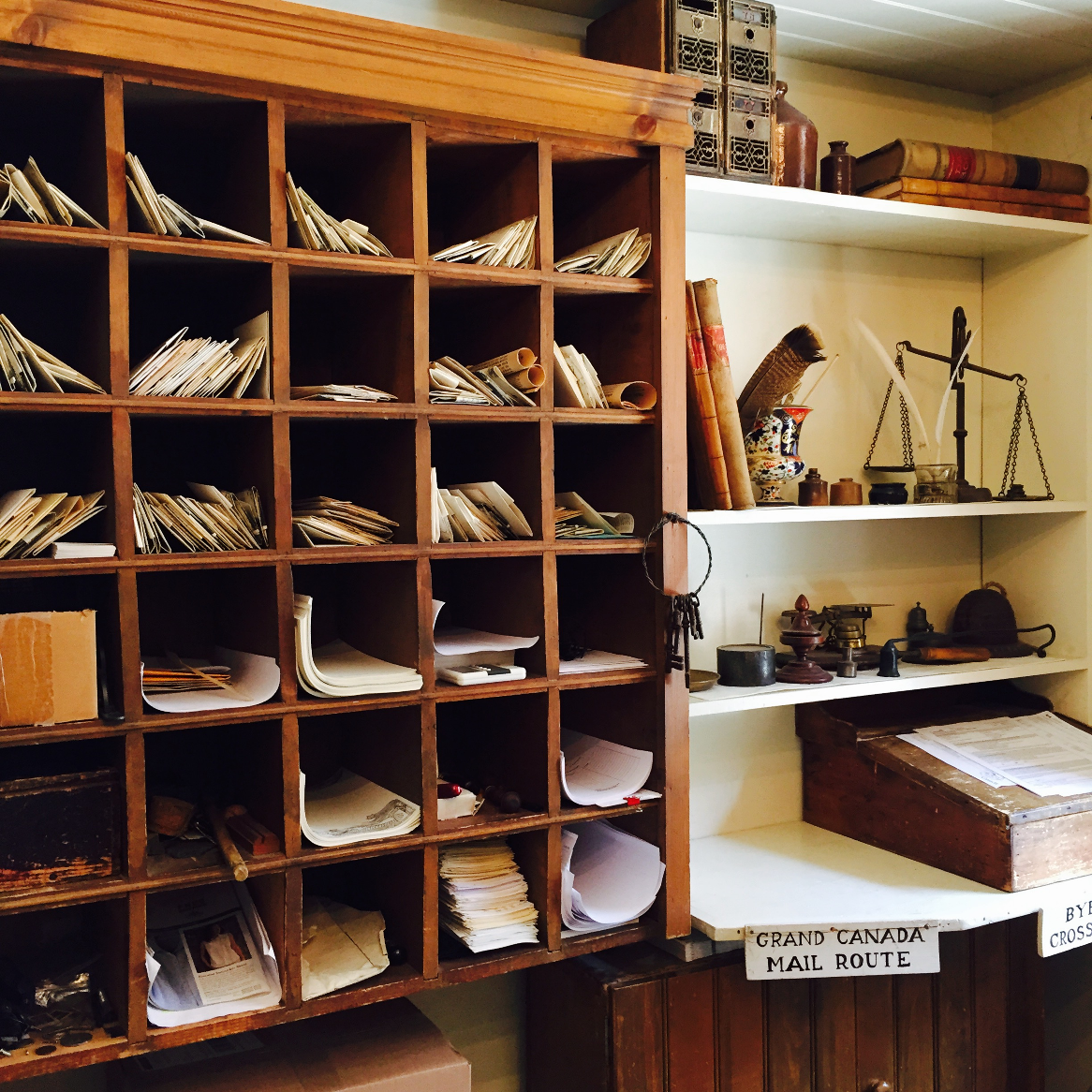 The staff at Toronto’s First Post Office say that although they lack a big marketing department, they make up for it in their flexible and nimble approach. They can create new programs and initiatives when the timing is right. “We have the ability to try things… if they succeed we can go further, and if not then we can change. We can play with ideas,” says Akerfeldt.

A few years ago, the post office team decided to revamp their gift shop. Although the shop had once provided steady revenue, profits were stagnating and change was needed. Previously, the shop focused on book sales and the staff knew that they needed to diversify. They weren’t entirely sure what to bring in, so they hosted a vendor fair where small businesses and makers from the local community were invited to set up tables. Instead of charging table fees, a little bit of stock was taken from each vendor and put up on the shelves in the shop. The vendor fair was a success, and they began to regularly stock the shop with postal-related goods from local makers. In addition to renewing the gift shop, the vendors began bringing their own audiences to the museum and those audiences started to bring their friends. Awareness was growing and so was the post office’s overall audience diversity. The vendor fairs later led to workshops where makers would come and host classes for the public.

Today, the post office still hosts vendor fairs every year and the workshops have since become one of their biggest priorities. “It really has changed our audience. The people that come through the doors now… I mean, there are people that just come in to shop! And this new audience is a younger demographic,” explains Akerfeldt.

They were even able to gain a new board member through this new audience – the youngest they’ve ever had. This new member brings fresh ideas and new approaches to the table.

When you are small, you can be flexible and nimble. You can try new things and learn from your experiences.

02. Experimentation is the way to go.

You never know what’s going to work. Never say no to an idea just because it’s never been done.

03. Authenticity is an advantage.

Create programming that complements the history and mission of the place. New, authentic programs and events enhance the visitor experience.

Since its opening in 1978, the Fort Frances Museum and Cultural Centre has had a mission to “collect, preserve, research, exhibit, and interpret the artifacts that depict the story of people and nature as it relates to the history of Fort Frances and the surrounding Rainy River District.”

Tip Sheet: Top 10 things you can do to up your tourism game

Tourism is about expectations – what visitors hope to see and experience, and how the many parts of the community can benefit from the influx of travellers. Historic places can be key to attracting visitors to get a better sense of a locale’s people, places and events.

Your website introduces your visitor to your historic places. Your website needs to be simple, easy to navigate and give the visitor the information they need.

Did you know you can enjoy a library of on-demand webinars and conference sessions available to you as a National Trust member?