Often called “the sight to see in the Miramichi,” Beaubears Island hosts thousands of visitors each year and offers costumed historic characters, immersive tours and other engaging activities. After being an integral part of an ecotourism initiative for four years, Beaubears Island needed to find a new marketing strategy once the project ended. They bounced back with new marketing strategies and support from friends.

The history of Beaubears Island is rich and plentiful. Indigenous peoples originally used the Island for fishing and hunting, and during the Seven Years’ War, it became a refuge for hundreds of Acadian people who had been expelled from their homeland by the British. Eventually, English-speaking settlers who lived in the Miramichi area developed the Island into an important shipbuilding site.

Today, it is home to two national historic sites. The first is Beaubears Island Shipbuilding National Historic Site, the only known undisturbed archeological site associated with the national significance of the 19th-century wooden shipbuilding industry in New Brunswick. The second is Boishébert National Historic Site of Canada, which recognizes the Island as an integral part of early Acadian settlement.

Costumed historic actors are one of the highlights of Beaubears Island. Currently, the Island offers three immersive tours: the Guided Island Tour, the Tour Through Time, and the Voyageur Canoe Experience. The Guided Island Tour features multiple characters including Acadian mothers, venerable soldiers and Commander Boishébert himself. The Tour Through Time features the site’s entire cast of characters and a detailed look at both national historic sites. The Voyageur Canoe Experience allows visitors to recapture the pioneer days with a guide in a 26-foot, 10 passenger canoe that sails around the Island.

Beaubears Island sits partly on city property and is both a provincial and national historic site. This means that staff must take on the challenge of dealing with marketing strategies on municipal, provincial and federal levels.

Beaubeaurs Island began branding itself primarily as a Miramichi Landings site. It flourished for a few years, but in 2012/2013, the project lost its funding. The end of Miramichi Landings left all 11 sites with piece-work marketing. 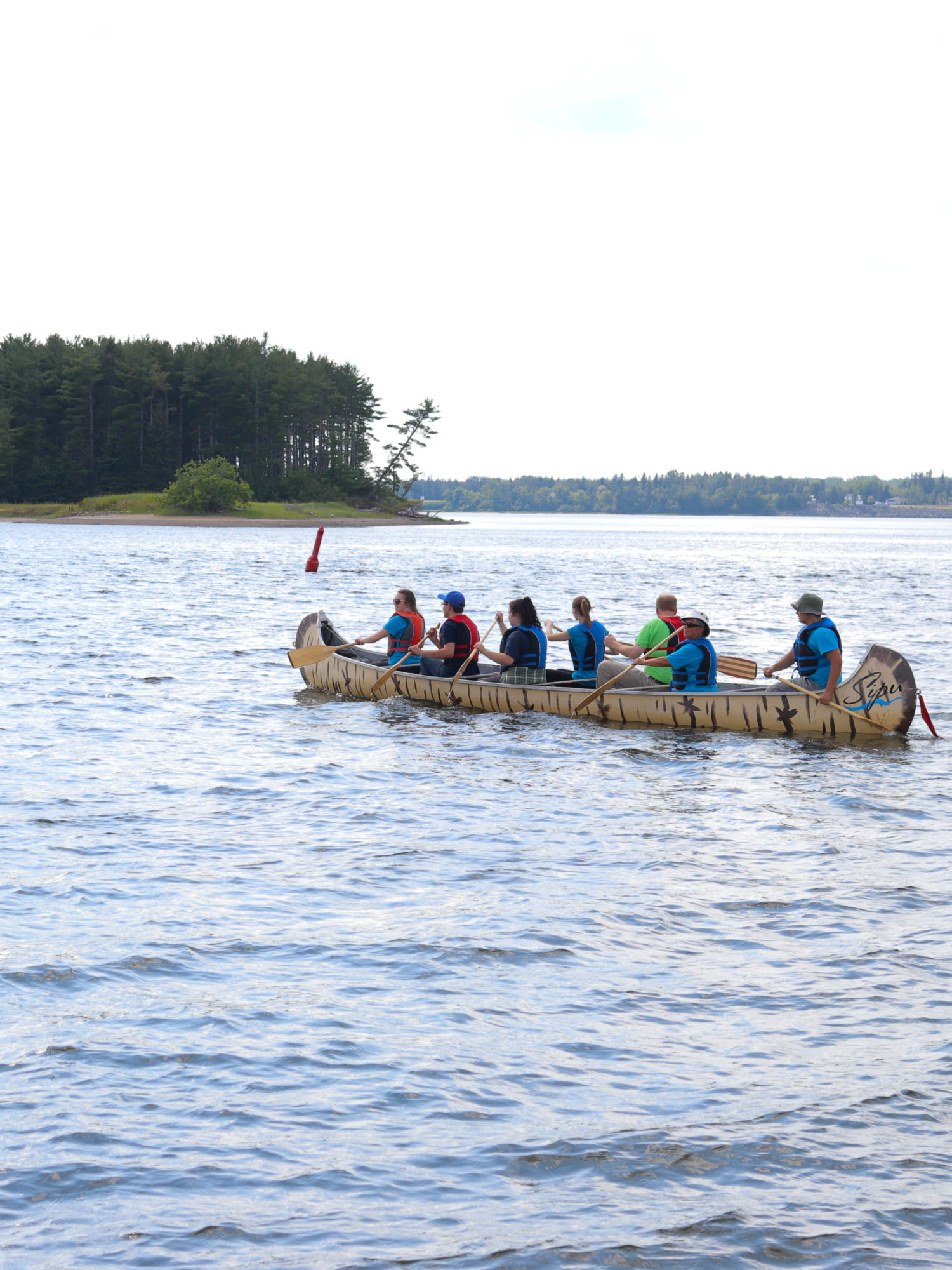 Luckily, Beaubears Island staff saved some of their older marketing materials, like their original website and rack cards, as a backup plan. They were able to use both the website and rack cards as a stepping stone to gain back their marketing independence. They also had professional photographs taken of the site. Having new and engaging photos allowed Beaubears Island to be picked as the lead-in attraction for the Miramichi region section in a New Brunswick provincial guidebook.

One of the most prominent marketing tools that Beaubears Island still had was social media, which allowed them to build a relationship with its visitors and engage with them in unique ways. Summer students were hired to manage the channels and posted at least once a day. They even held a Vine contest where visitors were encouraged to create short, six-second videos about their experience at the site.

Last, but not least, Beaubears Island received assistance from Parks Canada and was featured on their website, rack card and in provincial visitor information centres. “Like The Beatles, we get by with a little help from our friends,” says Shawn McCarthy, executive director of Beaubears Island.

Despite encountering marketing challenges along the way, the staff’s dedication to the site and experimenting with new marketing strategies worked. By 2017, Beaubears Island was able to attract 18,000 visitors.

01. Never skip out on having media work done, like photos and videos.

“One great picture is worth a million bucks in marketing,” says Comeau Greenwood.

02. New partnerships and opportunities can be exciting, but it’s important to trust your gut feeling.

Having a backup plan can be crucial in a situation where a project or initiative fails.

In the wake of the Miramichi Landings fall, Beaubears Island turned to accessible marketing tools like social media and put their own creative twist into it with fun engagement ideas like a contest.

The building that houses Toronto’s First Post Office has changed owners, uses, and shape many times since its opening in 1833. It was the first functioning post office to serve the city of Toronto.

Tip Sheet: Telling Your Story to Grow Your Audience

Everyone loves a story – and heritage places have stories to tell. Your story is a great way to communicate what is special about your heritage place. You can also use it in all your marketing materials: flyers, website, e-mails, and social media posts.

Tip Sheet: The Power of Video

Video is an incredibly powerful tool. With video, you can inform and entertain a large group of people in a creative way without having to worry about your audience getting bogged down by looking at too many words. And not only is it more engaging, but it can evoke feelings and tug on heart strings in a way that words on a page can’t.