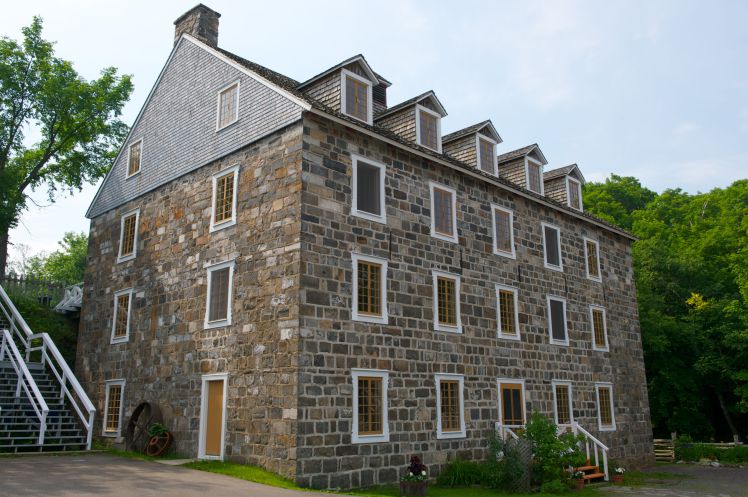 On the occasion of June 24, Quebec’s fête nationale, we asked Dinu Bumbaru, Policy Director at Heritage Montreal for his thoughts on heritage in Quebec.

Quebec’s provincial motto “Je me souviens” (I remember) was born of the architecture of its parliament buildings, yet it has not always translated into an attentive foresight with regard to heritage. In 1922, the provincial government was the first among Canadian provinces to adopt legislation for its recognition and protection, however, it applied specifically to historic monuments.

In 2006, Quebec took bold action of uncommon innovation in the legislative realm by adopting its Sustainable Development Act. Consistent with Quebec’s longstanding attention to culture as part of the identity and the responsibility of its collective institutions. The Act defines the protection of cultural heritage as a principle of sustainable development. Unique in the world, this acknowledgement of heritage also innovates by using a broad and inclusive definition of heritage, echoing contemporary thought in Quebec’s heritage sector as well as in international institutions like UNESCO. Here it is:

Article 6 (k) “Protection of cultural heritage”: The cultural heritage, made up of property, sites, landscapes, traditions and knowledge, reflects the identity of a society. It passes on the values of a society from generation to generation, and the preservation of this heritage fosters the sustainability of development. Cultural heritage components must be identified, protected and enhanced, taking their intrinsic rarity and fragility into account;

The goal of this principle is similar to Section 106 of the US Historic Preservation Act, whose 50th anniversary is being celebrated this year, which calls for every US government expenditure to be sensitive to sites on the National Register. In Quebec, the legislation aims to provide a simple and effective mechanism to recognize, protect and celebrate heritage. Yet, this innovation is unfortunately too often ignored and left unused by both the government and heritage organizations. While heritage designations remain a vital tool, we also need more clever mechanisms to bring solutions not just to the individual threatened heritage building, archaeological site or landscape, but to level the field and make development work with heritage and not against it.

A lot has been accomplished in Quebec over the past 100 years. Whereas history records the laws and decisions of ministers who used them, more rarely does it recognize the results of sustained civic action. It most often focuses only on specific controversies, rather than the genuine flow of transformative ideas. Recall that while in the 19th-century, it was the Governor General, Lord Dufferin, who saved the fortification walls of Quebec, which justified Old Quebec’s UNESCO’s World Heritage Listing, it was the petitions of engaged and determined citizens that helped save Mont Royal, the iconic monument of Montreal, or Fort Chambly, which illustrates the diverse nature of our societies, and the tradition of protecting heritage.

A century ago, the response to the challenges faced by heritage was commemoration and scholarly documentation. In 2016, heritage, both in Quebec and in other regions, faces major challenges, such as redundancy and poor maintenance – challenges which affect not only built heritage and cultural landscapes, but also traditional knowledge. We cannot content ourselves with an ad hoc approach focused on only a few historic sites. Quite the contrary, we should learn from the example of France and from the Indigenous perspective, where the understanding and relationship of people to all aspects of the environment is acknowledged as part of a shared heritage.

With a similar approach, we could find a way forward to foster collaboration between the public, citizen, private and academic sectors. It is through this increased dialogue that a less technical and more cultural approach to land-use and planning can emerge, and that we can avoid downstream conflicts by creating a common sense of obligation to succeed so that we not only enjoy our heritage ecosystem in the present, but pass it on to future generations in good and lively spirit.

Trained in architecture and architectural conservation in Montreal, Rome and England, Dinu Bumbaru, C.M., is the Policy Director at Heritage Montreal, where he has worked since 1982. He is active on the local, national and international stage.